This entire series is so good, I don't think it can be improved.

The Language of Catholicism in Crisis

It has been reported that the surviving auxiliary bishop of Port-au-Prince, at the funeral of its  archbishop who was killed by the earthquake, said


God had something to say and he said it here. He did it because he wants Haiti to become a new country.

Granted, people say crazy things at their times of loss and must be cut slack, but the consistent language of organized religion is like the extrication attempts of someone who has painted himself into a corner. Pitiful enough in times pacific. Unforgettably irritating in harrowing times. Let us all now conclude this funeral mass by joining together to praise God in song for having helped Haiti become new. Page 35 in your hymnals. A Mighty Fortress is Our God.
Posted by Tony Adams at 6:34 PM 7 comments:

This is what the new census will reveal. I performed this visual exercise with conflicting feelings about the fact that Florida's Broward County has begun a census that will ask questions about the sexual preference of households. It's good to be counted. It is bad to give a hateful government that much information. Also, if we decide to avoid identifying our households as gay, the government will report that we are not so large a portion of the general population after all, and this would be used against us. Damned if we do, damned if we don't.  Also, those who are closeted still will remain uncounted.

I'm coming to the conclusion that asking census questions about sexual orientation may be a very dangerous misstep. Our advocacy organizations should be protesting this rather than endorsing it. 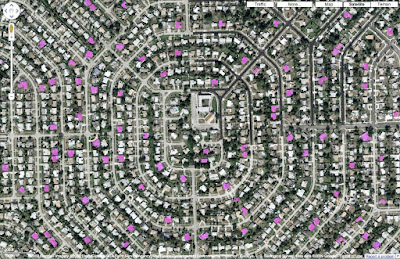 Let neither snow nor rain nor heat nor gloom of night keep you from going to Queer New York for the baad lamb's wonderful account of the mystery of artist Rico Lebrun.
Posted by Tony Adams at 10:04 AM No comments:

At The 2010 Golden Globes a few minutes ago, 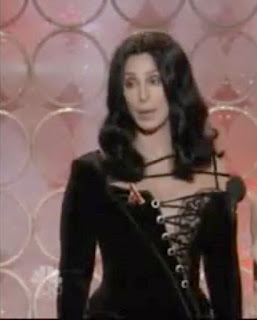 The only gown colors were black, white and nude. Who knows why, but Drew Barrymore  accented her edition by perching a blanched porcupine on her shoulder. 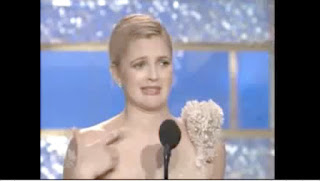 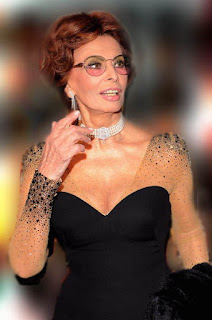 Anyone know what this is?

It is dropping seeds from its lurid orange pine cone-like fruit things in front of my gym. I took two home. 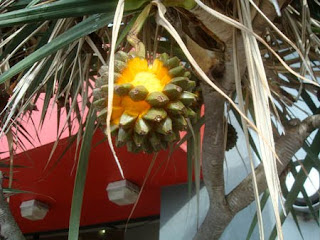 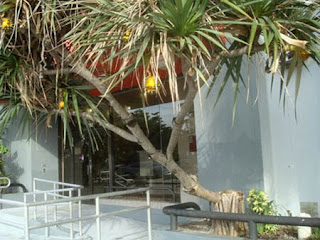 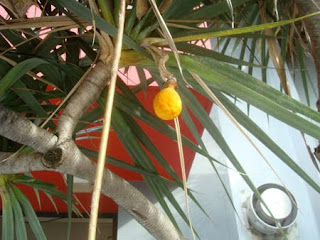 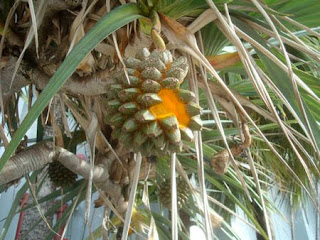 I am only a tepid fan of native New Yorker Stephani Joanne Angelina Germanotta, but I do love these photos I saw on yvymag. New Yorker David LaChapelle's energy may be waning as a natural consequence of his inevitable growing older. Witness his parents: Pierre et Gilles (mother), Gilbert and George (father) and Viktor and Rolf (aunt).  Also, it is interesting to note that he always chooses and focuses on a muse whereas his partnered parents seemed to scrapbook more of themselves into their projects.

In any case, I am becoming a fan of yvymag where I am able to sample all the current imagery of young male pulchritude that I ordinarily encounter only in my gay doctor's waiting room. 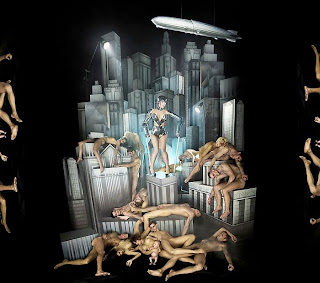 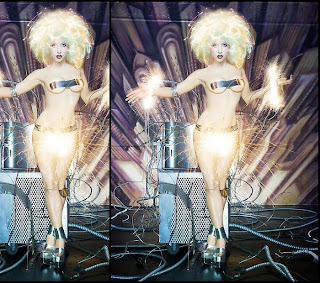 Go to Queer New York for  the unedited version of my interview with Cynthia Nixon.
Posted by Tony Adams at 12:58 PM No comments:

Cynthia Nixon in South Beach for the ACLU

I was there for Bilerico where you will find my interview with the radiant Cynthia Nixon tomorrow. Here's a still from the video. 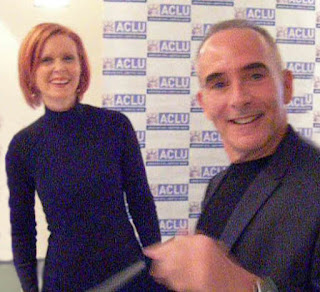 (Thanks to cameraman Bob Wilson, my neighbor in Fort Lauderdale and Manhattan)
Posted by Tony Adams at 9:18 PM 2 comments:

Today on Bilerico: "16 Years Old and Already a Rebel Catholic""

You'll have to go over to Bilerico to see my answer to this (enhanced with video of Mama Cass Elliot, Leslie Gore and Martha Reeves and the Vandellas.)


My name is Donny, and I am a 16 year old Catholic. I read one of your articles online about the Roman Catholic Church and homosexuality and LOVED it. You brought up a really good point about the "fan club card"! My question to you is this... I love Jesus and most teachings of the Catholic Church but some just do not click. (Especially when it comes to homosexuality being "sinful"). I really want to have a partner some day and I do not want to be looked down on because of it! Would it be wrong to explore and find Jesus myself without the aid of the Church? Thanks for taking the time, and I hope to hear from you soon.


Sent from my Verizon Wireless BlackBerry

That's it? That's all? Unbalanced Reporting

In this huge NY Times profile of Florida Governor Charlie Crist,  the only mention of his rather frequently verified gay life is summed up a little too benevolently by Mark Leibovich:

For much of his term, Crist’s approval ratings sat in the 60 and 70 percent range. He was largely free of scandal, other than for having had to endure the dreaded “longtime bachelor” tag in politics. Crist, who was married for less than a year in his 20s, has been subjected to the requisite wink-wink about sexual preference that accompanies middle-aged bachelorhood in politics. It abated slightly after Crist got engaged in July 2008, around the time — wink-wink — that John McCain was considering him to be his running mate. Critics saw even this as a comical example of Crist’s willingness to do anything to further his career. NBC’s Chuck Todd joked on the air that Crist might call off his engagement if McCain did not pick him. (Crist married the former Carole Rome that December.)

You'll have to go to QNY for my interview with Kitchenbeard.
(His NSFW photo self-portraits are all after the jump.) 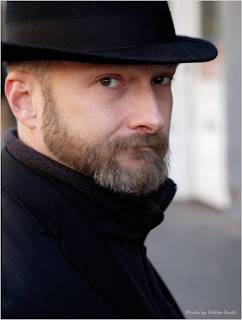 Many are up in arms about the fact that B16 has moved Pius XII up a few steps on the board game "Sainthood". Many feel that Pius XII, a lover of things German, did not do enough to fight the Holocaust.

As usual, most folks don't know how to deal winningly with the Roman Catholic hierarchy.

They want to protest, express anger, demand retraction. That is simply not the right strategy.

Here is what we ought to do. The queer community and the Jewish community and all modern enlightened Roman Catholics (and I know some of you will protest the possibility of such a critter) should praise this papal action resoundingly as a demonstration that the gay clergy is finally being recognized for their holiness in Roman Catholic history. Much should be written about the well known fact that Pius XII was best friends with little Frannie Spellman when they both young and randy clerics. Spellman would probably have never amounted to much in terms of ecclesiatical power had it not been for the ascendancy of  his "particular friend" Pacelli to the papacy. A mere six weeks after becoming Pius XII, Pacelli made Spellman Archbishop and soon Cardinal of New York, much to the chagrin of almost all other American bishops. It's a love story full of ambition and church politics, some Kennedys, A Roman princess, and not a little sex and romance. Let us trumpet the move to sainthood of one of the great queen popes of modern history. And then let's watch as the fidgety clueless Vatican tries to spin that while abandoning their affection for Pius XII.

If B16 is going to push anyone forward to sainthood, let it be this woman who was excommunicated because of gossip and episcopal jealousy and had the patience to endure it because she loved the Catholic Church and eventually received an apology.

Here's the young Pacelli and covergirl Francine Spellman with the man behind her throne. 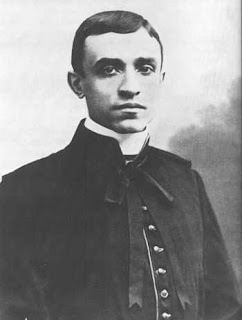 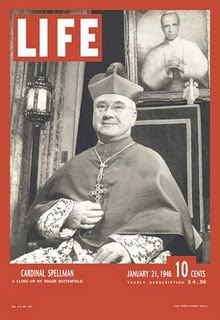 PS: In Rome, I came to possess the key to Francine's desk. I still have it. I also was given the scarlet cassock she kept in Rome for quick trips to Eugenio. It fit me perfectly. One crazy night, I gave it to a young German Benedictine monk named Anselm whom I met through Rembert Weakland....I wonder if he still has it.

PS: Their grandmother introduced Pacelli to Spellman. An interesting squabble over a fabulous inheritance. I'm searching for a photo of the Jonathan's lucky Brazilian partner.

Update: To hear Francine speak, go to the 3:33 point in this video. No wonder she hated Fulton Sheen!

OMG it has public restrooms!

A true story from last night. Good way to start the year.
Posted by Tony Adams at 6:32 PM 1 comment: