In one of the more recent comments on this post, I am given more credit than I deserve:

Now you, Tony Adams, used by these dark forces, collaborate in the overthrow of Western morals

There are now 56 comments on this article, 7 of which are mine. Almost all the rest are from very conservative and homophobic Roman Catholics.

This set of comments includes almost every major assertion used to deny queer Catholics their rights:

it's a disorder, like alcoholism
it's a choice
it's a mortal sin
gay is OK but gay sex is sinful
tradition teaches us that its wrong
the bishops have the magisterial authority
it's a cross to bear
the bible tells us it's wrong
some things really are black or white

This thread should be read by anyone attempting to understand the homophobia embraced by the rank and file of American Catholicism.
Posted by Tony Adams at 9:55 AM 11 comments:

Cardinal Antonelli thinks women should stay home baking cookies for their kids. He also thinks that gay marriage and adoption by gay couples could cause "complications". Well he got that part right!
Posted by Tony Adams at 12:15 PM 3 comments:

A Warm Evening in Fort Lauderdale 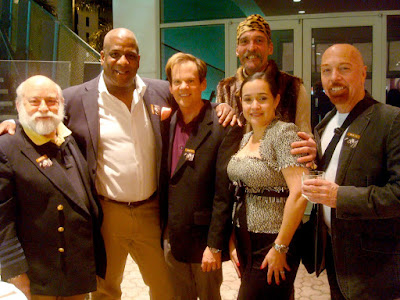 Mr. Whited sported a real leopard vintage cloche, a mink vest and several pieces of stunning Elsa Perretti jewelry. My review of the Steichen show will appear in the South Florida Gay News. Here is the gown created by Ivonne de la Vega to be auctioned to benefit the museum. I told her I loved it but was worried that the lower bows around the flowers might be ungapatch. Ivonne assured me that they were detachable! 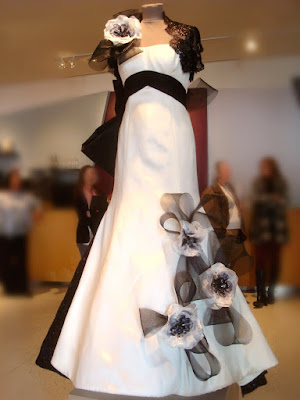 Posted by Tony Adams at 8:44 AM No comments:

A Seed Planted In Winter Has Sprouted

Are those storm clouds?
Posted by Tony Adams at 9:49 AM 2 comments:

I'm a columnist at the South Florida Gay News. This week, the editor asked me to write about Brian McNaught. Coincidentally, I had been introduced to him just two weeks earlier.
Posted by Tony Adams at 8:28 AM 11 comments:

The New York Times is my home page.

As much as I like it, I was upset with it today.

There was no mention of the fact that four people got arrested in the course of a protest at the city marriage bureau. Not exactly a secret. All over the blogs, facebook, twitter, etc. It's now almost 10 hours after the event.

This is the difference between the new and old media. The old need more sleep and take it during the day.

Don't tell me to put this news in perspective. I just went through all the stuff featured in the New York Times City Room and found not much of superior value. It's not like it was a big news day wherein the paper had to make choices based on importance of news. They got close to nothin' today. Just some developments on previously reported stories.

You know the phrase "Don't kill the messenger"? These days, the message delivered by an arthritic messenger is that the messenger is close to death and wants to rest. OK. That's my rant.
Posted by Tony Adams at 7:49 PM 4 comments:

Dan Choi to hit the streets in NYC

A "Queer New York" exclusive.
Posted by Tony Adams at 11:19 PM No comments:

Yesterday morning was a delightfully exhausting one composed of overlapping conversations with three different Charleses.

There was Chuck Colbert, a reporter, dishing about the planned palace coup.

There was Charles Busch, talking about his new play The Divine Sister.

And, there was a favorite correspondent who has a variety of red herring noms, including the above. We compared notes about the men of DC.

I don't know how I ever managed to fit work into the day. Really.
Posted by Tony Adams at 10:43 AM 2 comments:

Catholics for Equality - The Mutiny Begins

I was in DC this weekend as one of the "founding fathers" of Catholics for Equality.

I wasn't sure what to expect. I was pleasantly surprised. This could work.
Posted by Tony Adams at 5:50 PM 8 comments: