It’s taken me two days to feel somewhat recovered from a long and winding weekend in the city. I really can’t imagine how people who do serious weekend partying manage their recuperation when I can barely tolerate a few sips of weak brew and a passing whiff of smoke.

On Saturday, we dove into the deep end of “Open House New York” accompanied by our house guests, Dieter and Rog of Boston, Tug of Jersey and the unsinkable Joe (whose birthday we tried to celebrate with the success of someone in a wheelchair pursuing a robust housefly with a rolled newspaper. By 4AM Monday morning, as he jumped up on a bench on the rooftop of the Eagle for his 103rd proclamation, everyone screamed “We know! We know! You’re forty-seventeen!” I do not know how he does it.) Upon my request, he sat still for a moment in front of the New York Public Library for what I think is a decent picture of his flinty, suspicious and faux-grumpy self. 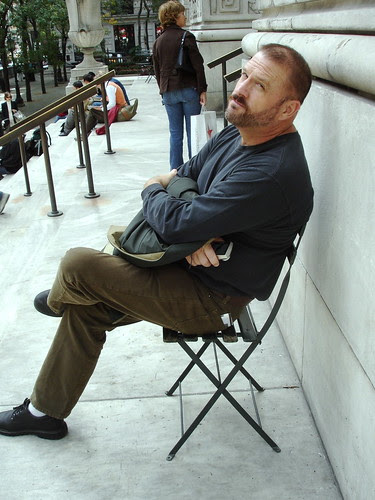 That reminds me of the best moment of this edition of the annual “Open House New York” (an opportunity to don sensible shoes and run about the city inspecting rooms that are otherwise closed to the public). We had entered that library to take in some obscure feature when I was entirely derailed by the sight of the lady presiding over the information booth in the main lobby. I could not look away from her and waited awestruck while she assisted those at her desk. When only Joe and I remained before her, she happily accepted our gushing admiration for a creation that has finally done justice to the word “coiffure”.

“Where did you get that done?”

“Oh, you need to go to Queens for this”, she laughed.

She laughed again. “You don’t ask. My hairdresser knows. She’s known for years. I don’t ask. I trust.”

I leaned in and whispered, “The other ladies here. Are they jealous?”

Big laugh. “Oh no, dear. I’m jealous of them with their short easy hair.”

We had come to the library right after the Chrysler building, and had now seen the one New York architectural achievement that could rival it. 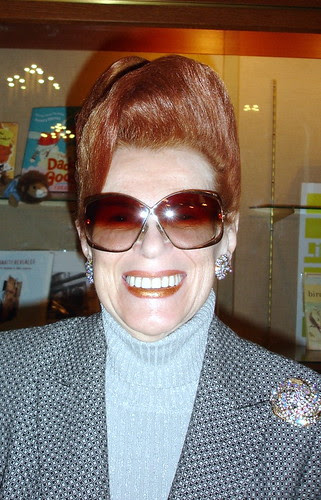 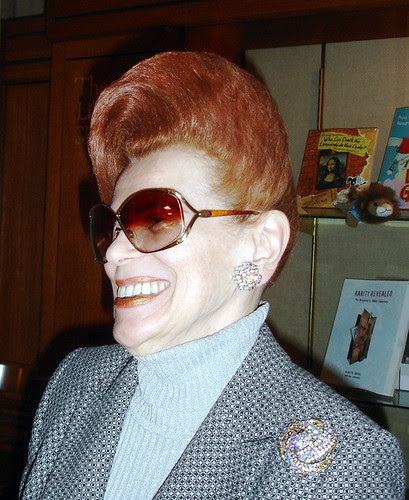 Our tour ended at the repulsive Grand Lodge of the Masons, the best part of which was the wait on line to get in. At one point, the line stalled in front of this well-appointed window. Ladies averted their eyes while passing. 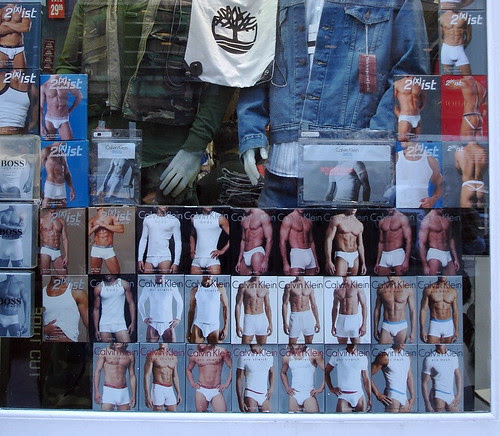 We were still a half hour from the door to Masonic secrets when an armada of motorcycles roared by uninterrupted for more than ten minutes. I learned that this swarming is a regular event. The sight of so many insecure men straddling black and chromed hogs prompted Joe to run into the street shouting through cupped hands “Small penises! Small penises!” He cannot be taken places.

On Sunday afternoon, C and I were momentarily disoriented at a downtown intersection after a nip of sherry at The Dugout. 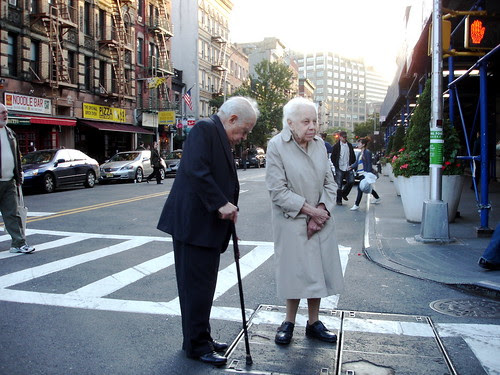 Other events of the weekend merit a separate post, but I would conclude this memento with a picture of the Pope of Great Jones whose brow, glistening with the fire of a potent brunch and several amazing Bloody Marys while the juke box pumped out “First I look at the Purse”, is crowned with a “mitre simplex”*. 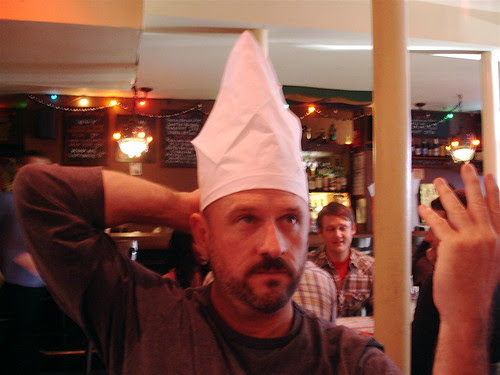 *There are three levels of mitres: The “Preziosa” which is encrusted with jewels. The “Aurefrigiata” which is gold thread, and the “Simplex” which is white silk. I seriously doubt there is any other priest alive today who knows that fact, and knows when a bishop ought to wear one or the other. (Joe was granted a post-Labor Day dispensation because of his birthday.)
Posted by Tony Adams at 3:32 PM

We ought to have the miter made up for Joe. Something to wear on future birthdays.

Great images, great story and I love that lady's hair!!!! Happy Bday to Joe - who is looking pretty good in those photos :)

I definitely think Joe would make a better pope than Ratzo. I'd rather get "blessed" by him anyday.

I wish I could have come along!

I truly did laugh out loud seeing you and the missus' on the street after the nip of sherry.

Oh, and I'll have to run the Mitre thing by Tim. Just as a test, you know. But then again, he's not a priest, just one of the lowly (ex) Fratti.

"faux-grumpy" is marvelous. Thank you for that.

I love the way the colour of that lady's amazing hair-do totally matches the shade of her lipgloss!

I love the part where you leaned in and said: "The other ladies. Are they jealous?"

Holy crap...the hair lady has GOT to be Jim Carrey's mom. Does it not make perfect sense?

I too wish I could have accompanied you. My birthday dinner with Joe on Tuesday does not sound like it rivaled the shenanigans of Sunday.

You and C should drink sherry more often.