Cry Me A River

The Pope is begging forgiveness. Again. You want to believe that he is sorry for something other than having become unpopular, but his are the tears of a guilty man on the stand.

And his conclusion. So sad. Just a veiled way of offering his homophobic effort to drive away gay candidates for the priesthood as the solution to pedophilia.


He added: "We too insistently beg forgiveness from God and from the persons involved, while promising to do everything possible to ensure that such abuse will never occur again."

He also promised that the Church would enact stronger controls on choosing men who enter the priesthood.

"In admitting men to priestly ministry and in their formation we will do everything we can to weigh the authenticity of their vocation and make every effort to accompany priests along their journey, so that the Lord will protect them and watch over them in troubled situations and amid life's dangers," he said.

He obviously hasn't noticed that poor but ambitious gay Catholic young men who once needed the priesthood as their only route to community leadership now have many other and better options. There are no self-respecting gay young men left for the pope to weed out of his garden of bitter herbs. Compare the pope's strategy to the Old Spice ad campaign appealing to heterosexual macho guys. It's not as if gay men bought that swill anyway. (But don't go messin' with my Aqua Velva.) 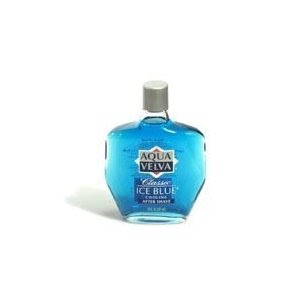 Is anyone going to put her on the stand to testify?

The most galling, and typical, part of his talk was what he didn't say. He spoke as a bishop about priests, as if the priests transferred themselves, created policies themselves, and otherwise mismanaged the dioceses. He never addressed the issue of incompetent, and even criminal, bishops.

He never even hinted at the systemic failures of the institution. He put all the problems on the priests - at least on the bad apples - and implicitly said that it was an individual and personal problem, that could be cured by weeding out those who ought not be priests. But the problem is systemic. It isn't the bad apples, it is the rotten tree.

In the Kitchen With Don said...

As one who is personally affected by the abuse scandal, I want actions instead of words. Words mean nothing. When I went to the bishop about my abuse, I got lots of words...but my abuser was allowed to continue in active ministry for close to 30 years after the fact. And I wasn't the only one abused by the man. And he was allowed to move from diocese to diocese during that time, in each diocese being reported for the same sort of behavior. I'm tired of the blaming of victims, blaming the media, blaming homosexuality, etc. When are they going to admit that the whole system is the problem and change it!

And I noticed he didn't apologize for HIS behavior in this mess either. Time and time again it has been shown that he, both as cardinal and pope, has dropped the ball and been a major part of the problem. And he continues to make it worse with his emphasis on clericalism and getting the church back to the "pay, pray, obey" mindset.

I no longer consider myself anything more than a cultural Catholic because of this nonsense, but it still hurts me to see the church I used to love more than anything else, being turned into a caricature of what she used to be. It saddens me greatly.

Dear ITKWD,
Well said. B16 can't admit those truths because they bring down the whole house of cards and he doesn't have the courage to rebuild a church brought low. Instead,having painted himself into a corner, he can do nothing but issue meaningless empty pronouncements. There will be big changes to come.

Amidst all this angst, it simply occurred to me that I should market a product for women called "Aqua Vulva."

Father Tony, you are most perceptive and often wise, and I read your postings here and elsewhere with great pleasure, but I think you are delusional about great changes to come in the Roman Catholic Church. By whose agency? Certainly not the Pope's. The cardinals' who will elect the next one? Hardly. The bishops'? Name me an independent one, and I'll show you a man on the way out. The clergy's? With their livings and pensions at stake? The laity I know are sheep in the worst sense. Any opposition from within is insignificant.

Dear JC,
The current crop of leaders are the hand-wringing cause of the problem. The more enlightened bishops cannot speak what is in their hearts because they feel that "obedience" to the Church dictates otherwise. Change will come as a result of duress caused by desertion. Desertion equals no money to support infrastructure. I am not imagining this desertion. It is already happening. The polls and surveys make that clear. The distance between the actual baptized Catholic and the hierarchy is rapidly growing.
The next two generations are not going to give money to this Church.

I'm fascinated that B16 has the temerity to think that he has carte blanch to approach the Almighty with anything even remotely smacking of "insistence". I would imagine that begging for forgiveness would imply a great deal of contrition and very little insistence.

But then, I'm not the vicar of Christ on Earth, am I?

Dear Milkman,
The position of Vicar of Christ is currently rather vacant.

The position of vicar is just a practical one - the vicar takes care of the duties of the real owner of the position for a cut of the income. I'd love to pay someone say 10% of my salary to do my job, allowing me to stay home and attend to other things, or get another job, which I could then also farm out and collect most of the income from! But then, I am not the deity, nor anyone with imperial or feudal position.