Who Would You Pick For HRC President? 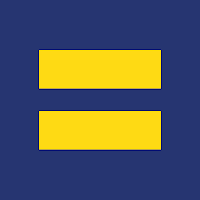 The search is underway. In this piece for 10thousandcouples.com, I review the job description, talk with some LGBT bloggers and highlight a few LGBT leaders who would be good choices. Agree? Disagree? Got a favorite?

What is Richard Burns formerly of the LGBT Community Center doing lately?

How about our great heroine in Massachusetts and elsewhere against discrimination of all kinds:

Mary L. Bonauto has been the Civil Rights Project Director at Gay & Lesbian Advocates & Defenders (GLAD) since 1990. Her practice concentrates on impact litigation for the lesbian, gay, bisexual and transgender communities, as well as people living with HIV or AIDS. She has litigated widely in the state and federal courts and agencies of the six New England states since 1990 on issues of employment discrimination, custody, free speech and civil rights. In 1999, she and two Vermont co-counsel won a ruling that same-sex couples are entitled to all of the benefits and protections of civil marriage in the case of Baker v. State of Vermont. This ruling prompted the Vermont legislature to enact the nation’s first “civil union” law for same-sex couples. Mary was lead counsel in Goodridge v. Dept. of Public Health, which resulted in the Massachusetts Supreme Judicial Court's landmark decision that prohibiting civil marriage for same-sex couples is unconstitutional. She is currently leading GLAD's challenge to the constitutionality of Section 3 of the Defense of Marriage Act (DOMA) in two cases in federal court.

Mary is a graduate of Hamilton College and Northeastern University School of Law. She serves as a Co-chair of the Sexual Orientation and Gender Identity Committee of the IRR Section of the ABA.

Will, she would be a great choice.