Kevin Cathcart is All About The Future At Lambda Legal

From the 19th floor of 120 Wall Street, the waterfront view of New York City is spectacular and never taken for granted by the occupant of the corner office, Lambda Legal’s Executive Director Kevin Cathcart. 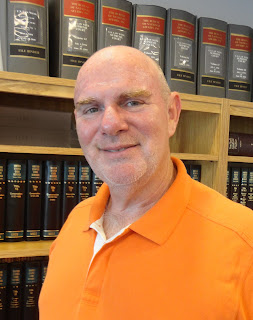 Lambda Legal is the nation’s oldest and largest civil rights group working for the LGBTQ community. Under Cathcart’s direction, it has become powerful with significant increases in inquiries and impact in 2011.

According to Cathcart who grew up in New Jersey just 35 miles from his office, there are two types of people.

“There are those who say they can’t wait to move to New York City, and those who say they can’t wait to move out of Jersey. I was part of the latter group. I didn’t even dream of becoming a lawyer, no, I grew up in a working class world. I didn’t know what a lawyer was. I came of age at a time when civil rights law was a driving force, in the late 60s early 70s. I began thinking about law in college, because I was interested in politics and because that is when I had come out. Maybe I was in a lucky time slot. Stonewall had just happened. I had nothing to lose by coming out. No job or family. I settled in Boston where I was the Executive Director of GLAD [Gay & Lesbian Advocates & Defenders] for eight years. I got a call from a friend who told me about the Lambda job. I thought ‘I could live in NYC for a couple of years’ That was 20 years ago.”

[Read the rest of my Kevin Cathcart profile at sfgn.com.]
Posted by Tony Adams at 6:14 PM