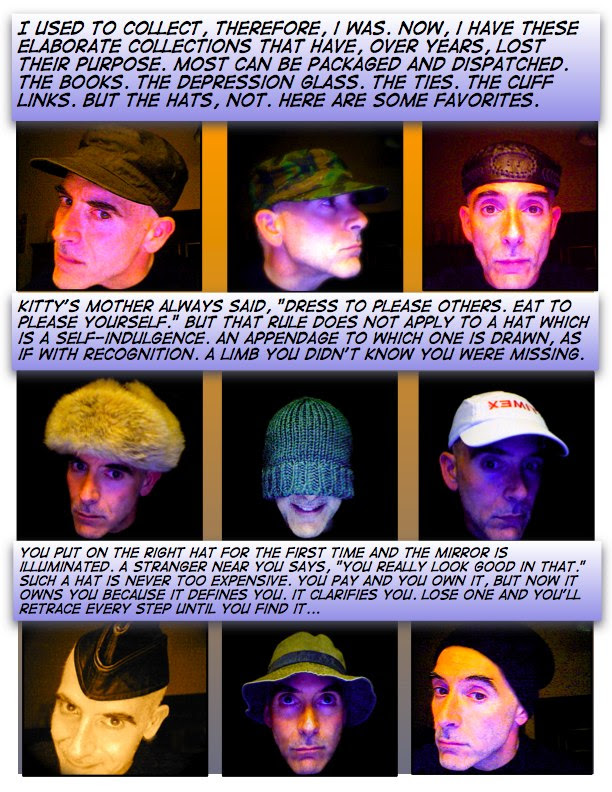 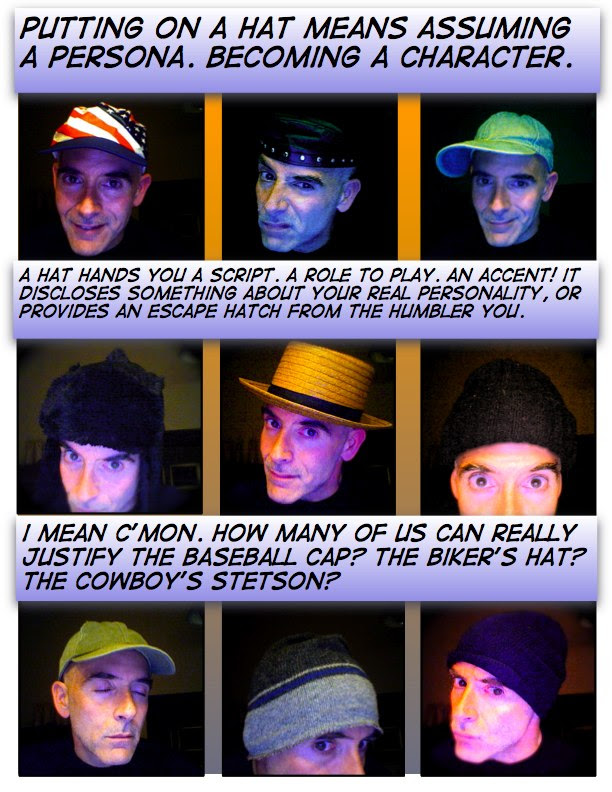 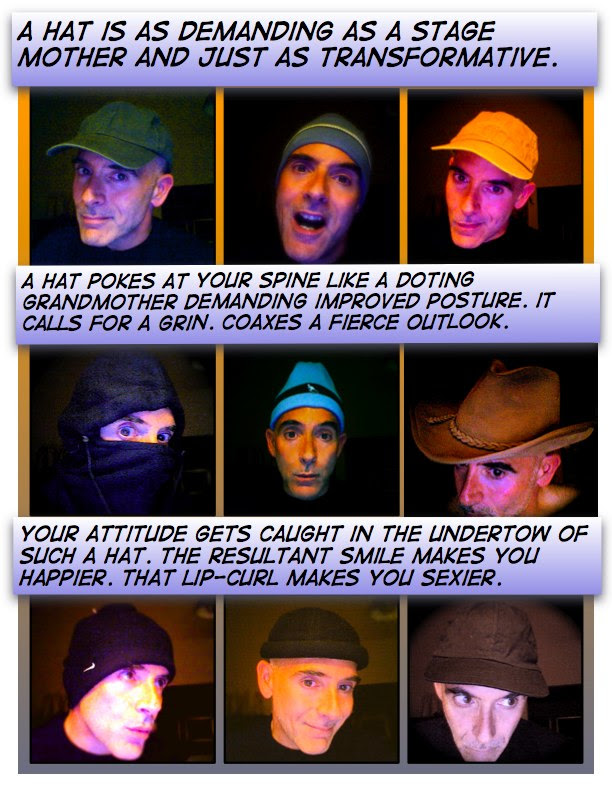 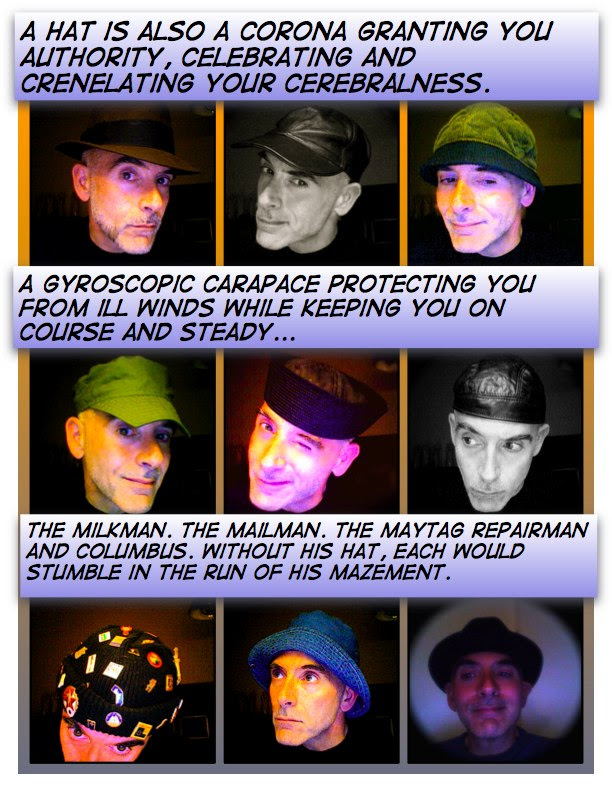 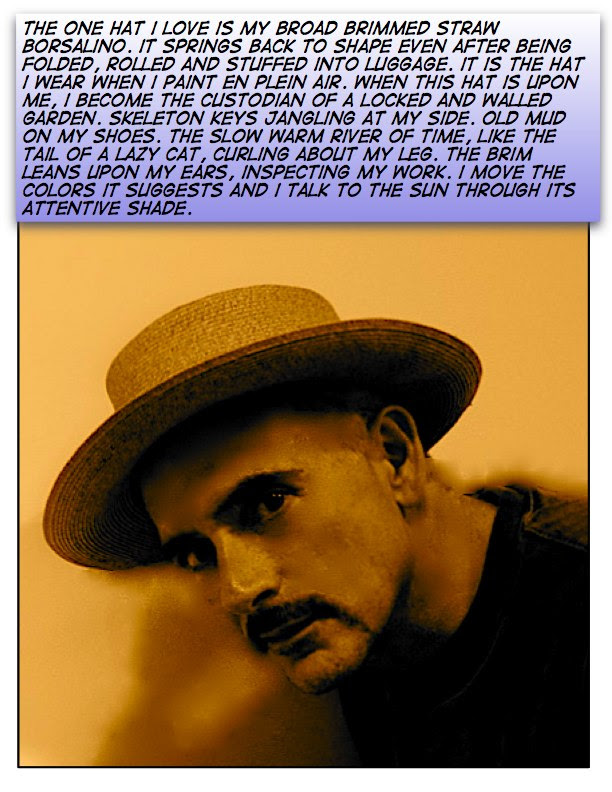 This reminds me of the cartoon "Bugs' Bonnets", in which a truck full of costume hats crashes and sends hats everywhere. Each time a new hat lands on Elmer & Bugs they assume that personality. At the end, I believe Elmer and Bugs get married.

I thought I was one of the last men on the planet who actually loves hats. I own too many, but I cannot let them go either. With me it is the search for the perfect hat. I suspect that on the day that I achieve perfection that I will simply sublime into a cloud of bliss and float away, much to the relief of those around me.

That's a lot of fuckin' hats.

My head is too small for most hats; few if any look good on me so I'm out of the loop on this one.

i echo big headed david: that's a lot of fucking hats. but aren't they divine?

you look fetching in all of them, but that last photo. i am swooning. such a handsome lad and such a fine hat to take being folded, tucked away, curled up and then to go on and transform your life as if 'twas nothing.

i adore hats, especially on men, though i do wish women also wore hats still. i particularly like the veiled numbers of the '40s and fedoras for the men. all men look better in a fedora. it's just a fact of life.

You give good hat. The large picture at the bottom is very sexy.