On the Dixie Highway

I had to pull over.

There is a desolate stretch of The Dixie Highway north of Oakland Park Boulevard and just south of Floranada Road. It will make you breathless. Surely I have driven onto another planet. One of those lifeless ones with a surface pock marked with the cryptic maybes of an expired civilization.

Sun-bleached oil slicks on old concrete parking lots for buildings that have been demolished or literally defaced. A row of ragged palms marks a worthless property line between two such toothless lots gumming sand pits where there had been buildings. There is no shade. Weeds don't cross here alive. Older trees set here by the dead cool their roots under the pavement. The traffic lights change for nobody.

One or two desperate men per mile. They lean against stucco, squinting at me with mild curiosity and not enough energy to menace. 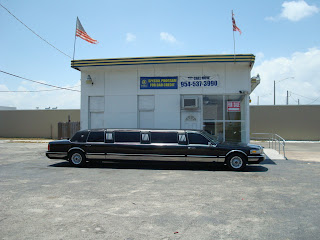 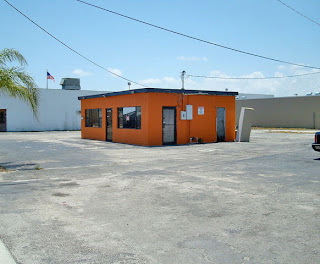 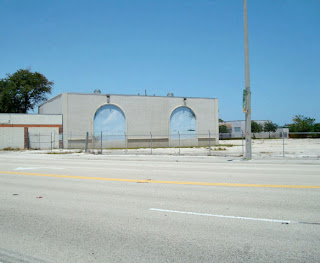 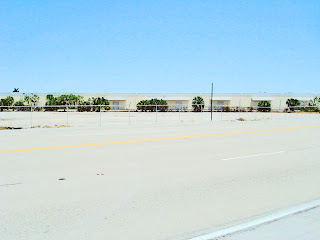 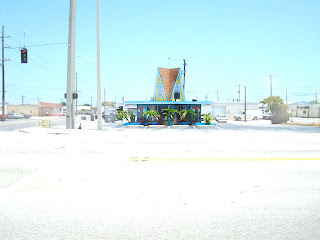 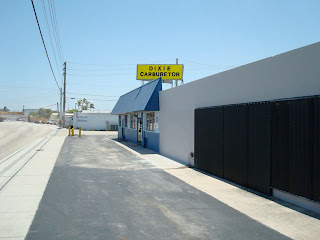 Email ThisBlogThis!Share to TwitterShare to FacebookShare to Pinterest
Labels: florida

Wow. If it weren't for the signs and the flags I could have easily mistaken it for the road to Baghdad.

Except that Iraq is further north...

I understand what you mean. Some things are so bleak that there is an austere beauty to them. You wind up thinking "how ugly" but you are none the less drawn to it.

Very nice photographs. If you aren't already familiar with them, you should check out the work of William Eggleston & Stephen Shore.

Thanks for the tip, MW. I had never heard of either and went to Eggleston immediately. I get him entirely. Shore next.