Last friday, before going south to HK Lounge for the opening event of the GBV weekend, C and I, accompanied by Tater and Joe, attended a book release party heralding Joel Derfner's Swish - My Quest to Become the Gayest Person Ever.

I bought the book in advance of the event, just as I would buy your book if you were inviting me to drink your booze, sample your friends and eat your cookies in a huge, many-roomed apartment with interesting artwork on W111th St. (When I told C about this event, I told him it would be in Harlem, and didn't that have cache. C, the geographal lamb, corrected me. 111th St. is not in Harlem but is actually part of the same "Upper West Side" in which we reside, albeit in the triple digit section where strollers are better outfitted like hummers.

I haven't written about Joel's book until now because I wanted to read a bit of it first. I have. It's good. Buy it. Read it. Laugh. Chat about it, and when you go to dinner at a friend's house, buy another copy instead of that same old tired bottle of Chilean wine that you have to pretend didn't cost $6.99 in the bargain box. (Your friend knows how much that bottle costs because he bought it last week on his way to someone else's house.)

A word about Joel. He's red-headed, pretty, vivacious, excited, and, oh hell, he's a complete nervous wreck in the most endearing way imaginable. He writes well, but not like I write well. (I, who consider myself the last living Wallenda of daring sentence structure, having witnessed the repeated deaths of all my goombads, toppling as they have to the sawdusted floor of the three-ringed tent of impossible grammar.) Joel cares about you, the reader. He will engage you in a narrative, and just when you think you can look away and ponder your shopping list, he'll open a window (or a vein) into his soul with a startling candor that elevates his book to a level beyond loopy, beyond camp and beyond simply funny. (I hate reviews that are any more specific than this.)

In the pictures that follow, you see Joel with his editor, Andrew Corbin; Tater, Joey, C, and two gentlemen who are raising twin eight year-olds. They had some authoritative things to say about gay parenting.

(I also recall - or did I dream it - an incredibly handsome guest who brought black and white chocolate cookies. I don't recall his name, but he is one of the five most beautiful men in Manhattan, and he can bake. He stirred the yenta in me, among other things.) 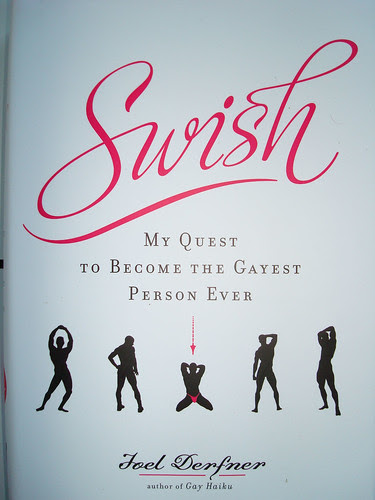 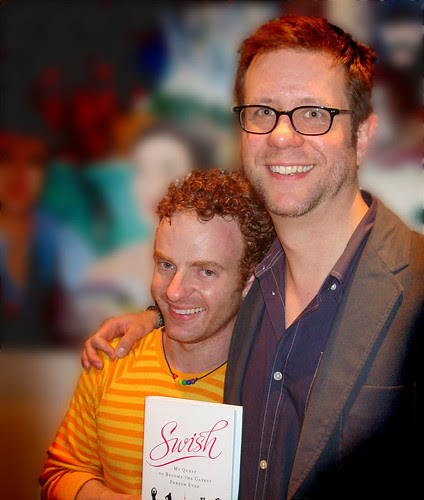 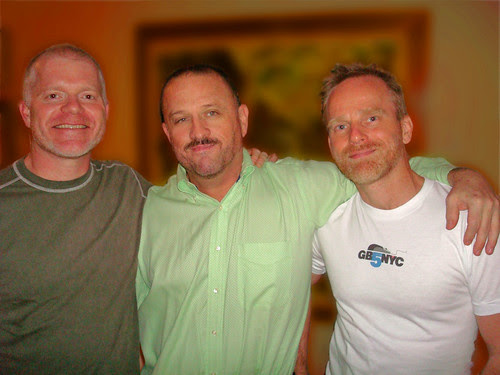 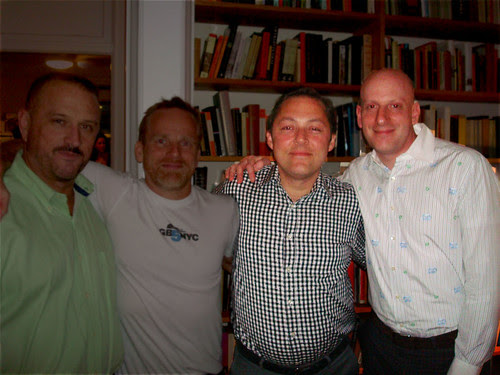 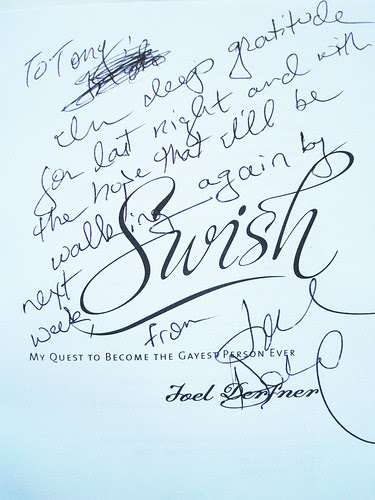 How is it that I never noticed that Joel has red hair?
I have to rethink things.

That's a great dedication ;) You're missed here in Fort Lauderdale!