I don’t feel compelled to trash an event that did not live up to expectations, so Friday’s “film debut” in Hell’s Kitchen with its ludicrous 5’X7’ VIP area full of undulating, under-aged and deranged underlings will go unidentified. Do we look bored? We were. 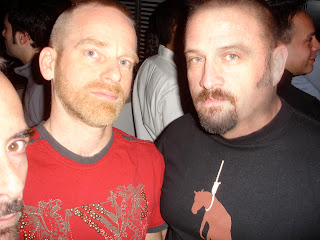 Why can’t anything start early? We held out for two hours till 1AM and the director and cast had still not shown up, nor had the screening begun. The youngsters (many dragging umbilical cords still wet and clamped) seemed happy to wait in the long coat-check line and to pay three dollars for said service and then to swill odd vodka. We must be getting old. No patience for this. No ear for its braying music. We talked about other stuff, and when it became clear that I had no recollection of several experiences I had shared with C and Joe, and when the woofy Max Scott spoke to me and I had no memory of the other times I had met him, I protested that I simply had no room left for new memories and that I hadn’t retained much of the last few years. Joe observed, “No room left on the hard drive?” I nodded. “That means that C is your external hard drive.” I brightened at the convenience of this.

We walk several freezing blocks to the Eagle. The icy wind is so adept at claiming even a fracture of an exposed inch between scarf and collar. I am desperate to go south. Earlier in the week I watched a snowfall. It seemed to euthanize the street, but it will not get me. 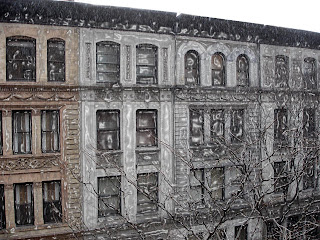 C unwrapped a fresh sponge and tossed it into the sink. The sight of it startled me. It seemed so Mediterranean. With paperclip-and-post-it-note sail, and us stowed away. 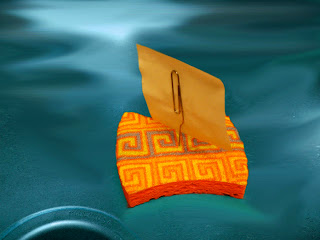 In less than six days, 'twill be the longest night of the year. So take comfort in that.

Pickings at USGM were slim today. I have sixty plus days of stews, potatoes, turnips and cabbage to look forward to before the bright, fresh breath of spring.

i am also desperate to go south. i mistimed my trip to mexico, arriving back and settling in for 5 days before the wretched disaster struck.

i love the idea of C as external hard drive. mike has an amazing memory for the tiniest details of life. i was searching the house for my shoes yesterday. i finally gave up in irritation, pulled another pair from the closet and bent down to untie the very shoes i was hunting. on my feet. my brain, my brain . . .

i am opening my father T new and improved faces tonight. can't wait. it feels like a luscious dessert awaiting after all of this frantic, crazy catching up and trying to get through.