The annual Winter Party in Miami Beach is on! The festivities began this evening with a convivial poolside cocktail reception at the Surfcomber on Collins Avenue.

The crowd was lively and lovely, but what makes this event superb is the cordial team of volunteers who make every attendee feel beautiful in a crowd of many thousands of heartbreakingly beautiful men. Here are volunteers Elliott Thompson and David Salih. (Elliott has a secret project about to bloom. I couldn’t pry it out of him. He changed the subject, saying “You’re from New York. All the New York guys wear black.” He was right.) Incidentally, bright yellow and orange are the colors of the season, and if you don't have an orange hoodie, you just don't have a hoodie. So say the men in Miami Beach tonight. 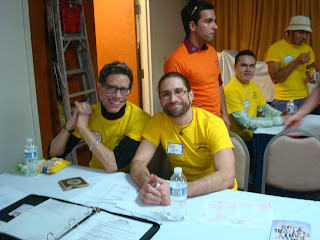 I used to think this was just another circuit party, but that is inaccurate. The Winter Party attracts all ages, colors and sexes; and the scheduled events go far beyond the dance hall.

The South Beach Bum is a volunteer this year. Here he is with Steve Brady of upstate New York (hence allowing himself colors.) 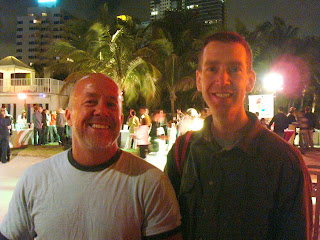 Here is the fabled enchantrix, Countess Bedelia (center) and courtiers (from left) Alexis, His BF Leo, Walter and Gary. They will be ensconced in a private cabana during the Saturday pool party, but tonight they mixed with commoners like your humble scribe who dared to lick the diamond brooch on the Countess’s decolletage. It tasted like chicken. 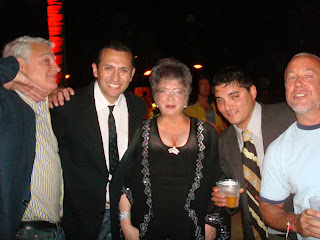 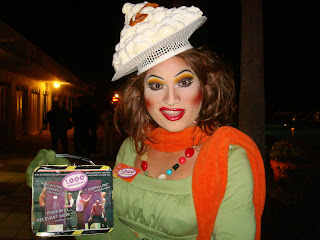 Rea Carey, the executive director of the National Gay and Lesbian Task Force (sponsors of the Winter Party), welcomed the crowd. 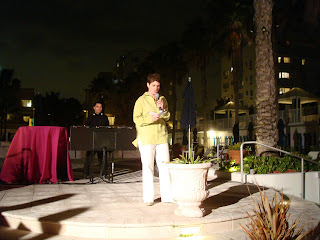 Here is the chair of the Winter Party festival, Chad (Hot) Richter with The L Word actress Daniela Sea. 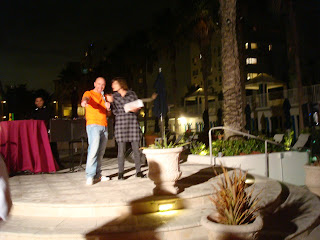 Balmy wind off the ocean. An open fire. Trays of delectibles served by smiling handsome guys. Wine and music. Swag from Kiehl's! 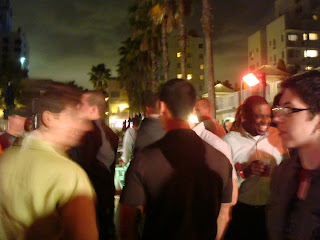 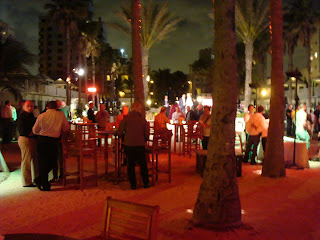 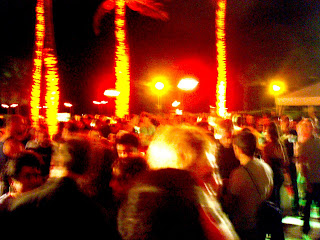 It was a pleasure to meet you last night! And thanks for making me look so good in that picture!!

You do look good, Countess. My camera loves you.