Nothing will remind you how fast time moves like having a box labeled "ephemera" into which you regularly throw papery things that for a variety of reasons you do not wish to discard. A theater ticket. A handwritten phone number. A Valentine's Day card. A poster from a bath house wall.

Yesterday, while rooting through the box, I came across this mailer from 1983, the first year of GMHC. They sold out Madison Square Garden, supposedly the first time that had ever happened for a cause-generated event. 26 years have passed. Progress has been purchased. I frequently wonder if we are losing our energy in this battle. I hear about cuts in HIV funding in California. I hear about increased infection rates in populations that have no excuse for unsafe behavior. I fold the mailer and put it back in the box next to a comic strip that was on the refrigerator door for years when we had the old farm. Memories converge, converse, argue and inform. 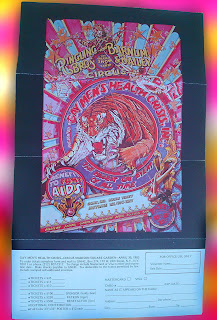 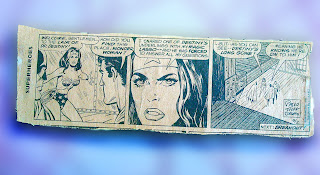 I don't think my memories have ever argued with one another. They tend to coexist fairly amicably.

Whatever you do, do not get depressed. It is not good for you. My sister always told me to
"keep smiling: eventually you will be happy." I just laughed so hard at the time but she was right. You put that crap back into the drawer and shut it if you are not going to throw it out.