On Wednesday evening, I arrived awfully late to hear those reading at Rapture Café. Late but confident that they’d save Edmund White for last, and that was indeed the case, so my trip south on the W and east on the L was justified.

I also heard the entire delivery of the handsome, intense, and probably slightly-deranged-in-that-good-way SeanBateman9 whose face, body, voice and carriage are etched with the highly charged circuitry of the sexual energy of his past, present and future.

I liked his story, and found him to be more of a gifted performer than others who have held that microphone, but my own relentless inclination to edit led me to telling him (after compliments) that he could have skipped the entire introduction and framery that he had been inclined to supply. Actually, I was not alone in that opinion, having heard someone seated in the dark rows to the left of me shout out “Read!” while SB9 was still working his way through that intro. Goodness, I thought, are we at the Apollo?

One note about this man before I recommend your seeking out his blog and his television program. When he announced that he is into metaphysics, sex and death, I felt apprehension, having done a bit of research into all three and having learned that those three sisters are best approached not in their direct naming but through the following of those mazes that will lead you to them accidentally. But, I am giving him his props: the skewer-de-force story that followed, told almost in gruesome real time, leads the listener to a satisfying destination between its lines. Also, I feel kinship with men who do this kind of "KirkTV" , having had my own local access TV show for a few years in the Wretched Little City.

Oh, and a note to all you Craigslister Misters, if SeanBateman9 shows up at your door, and if you’ve subtracted even one pound from your real weight or one year from your real age, run for cover.

One final thing about this guy urges me to seek him out. He says he has gone through several “deaths”, and that as a consequence of each, has invented a persona that seemed to surface like a mask from the lake of each demise. I, who have gone through four deaths, each made almost painless by the self-administered novocaine of adequate pre-planning, can appreciate this and am always curious about the deaths and resurrections of others.

Back to Edmund White. He has, as is well-known, become quite stout, but what one can learn by seeing him in the flesh and by hearing his voice is that he has made peace with his size in exactly the same leonine way that Rosemary Clooney or Aretha Franklin seem(ed) to have. Dressed in the flattering black sweater that is always a friend to men of some girth, and with polished silver hair, I’d have sworn if I had passed him on an escalator that he was any of a number of benevolent Monsignori from my past. He is unexpectedly and disarmingly attractive.

He was at ease with the room, and he chose to read that passage from My Lives that I was hoping for. The one that he probably wouldn’t read at Barnes and Noble, from the chapter entitled “My Master”. His delivery was matter of fact, but he owned the room during every second of it, reminding me that excellent writing stands up to the variety of ears or eyes receiving it. In theater, it’s called producing a script that is actor-proof. When a story is structured correctly, line-for-line, the funny parts get laughter from every corner of the room, and we are spun in exactly the direction established by their author. That is, of course, the problem with blogging rather than writing: it’s like putting not-enough-quarters into the washing machine of your building. Your clothes look up at you, waiting, unagitated, disappointed. 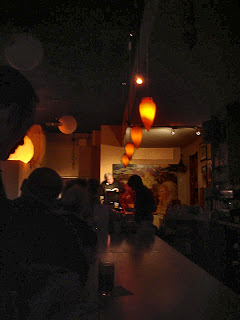 You know, I STILL haven't read Tales of the City. Yes, I know Armisted Maupin wrote that, not Ed White. I did read The Burning Library but that was a while ago.

Should I turn in my gay card now?

I disagree. Certainly some writing is superior to others, but a performer's ability to animate text can transform the work for an audience. Conversely, a poor performer can deaden even the finest writing. I would wager Mr. White's performance was riveting precisely because he lived each word he spoke. Intention is more than just inflection.

Oh THAT self-pitying chapter in my lives? Of course, he wants us all to imagine that hes become a lonely old queen, that hes fat, ugly and has nothing to offer.

In fact he has 2 boyfriends and any number of young whores he fucks around with. So I would suggest "My Lives" is a work of FICTION rather than a memoir.