The cardigan sweater will be Fall's darling, with the elongated and belted models able to bridge the season by performing as one all-weather layer out of many that will move a man from indoors to sidewalk to vehicle and back in adjustable comfort. This one by Ralph Lauren is nifty but costs $1450 more than I'd be willing to pay. (I have a black wool cardigan with seriously caressable black buttons. It was made by the Pope's tailor, Annibale Gammarelli. I'll be wearing it shirtlessly at The Eagle.) 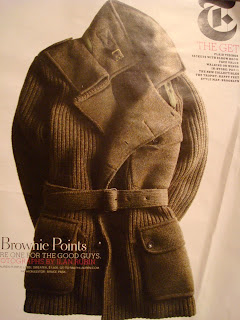 Accessories made of real or simulated crocodile will be everywhere. There's something happy about the patterning of crocodile hide. Those young rakes who would be sardonic and irreverent will choose it in white. 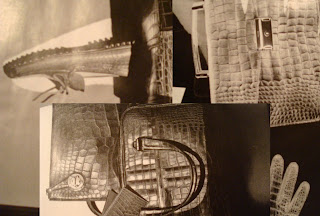 Long have I lusted for a pair of blackish jeans with a polished finish, and that are crinkled and glisten like oil cloth. On Sunday, they found me. They are made by G-star, and they are the only new jeans worth buying. Admit it. You already own enough jeans. You need an exceptional reason to part with a sack of money for yet another pair, but that is what I did. C and I got on our bikes and coasted down fifty blocks ( with me yelling at the taxis and tourists) of Broadway to the G-star store where a very sweet and young Miguel guessed that I had a 30" or maybe 31" waist....I thanked him and said that we probably ought to start with the 33" ones but he wouldn't hear of it and I left with a pair of 32X30s that Miguel promises will not shrink. He was adamant about this and said that he would personally buy them back if they did shrink and that he'd give me his number to back up this promise. This made C snort. Here's a photo from the G-star website. I've got two words for those among you who might think my acquisition is age-inappropriate. 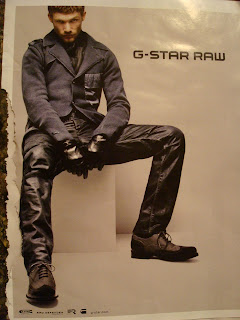 The nerdiest of plaids are back in town, as are the puffiest of parkas, but some things must not be dignified with photos. Also, it is a sign of cultural poverty, but there is no denying the yawning fact that black is the new black.

Speaking of plaid, I am wistful about the old Abercrombie & Fitch. Before they killed it. Many years ago, I walked into an A&F store and saw a classic plaid shirt that I coveted. The salesman came up to me and tried to be helpful but I assured him that I would never pay that much money for a plaid shirt. He told me that the quality made it worth the money. I agreed to purchase it and asked for a "large" while grumbling about the fact that it would probably shrink down to a dollish size. He gave me the "medium" and told me that A&F shirts do not shrink or fade and that if I ever had a problem with the shirt I could certainly return it. He was absolutely right. I love that shirt. It is indestructible. It has never faded or shrunk. I bet they can't say the same about the stuff they sell today. 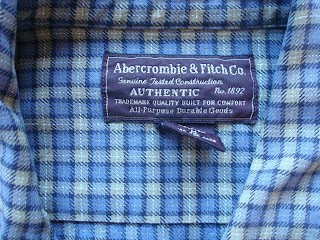 While on the subject of the classics, here I am with Eddie, proving that even in the Carhartt store, if one has fashion sense, even brutalistic detachable hoods seem to fly off the shelf. 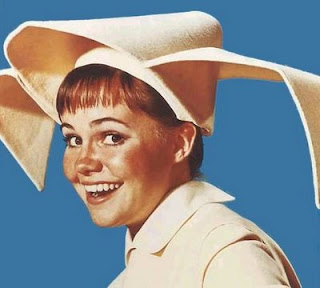 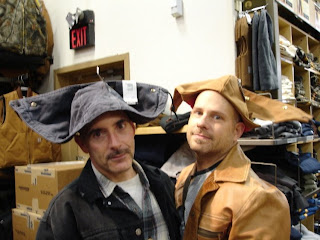 Finally, the resurgence of the pea coat, which began last year, has now acquired hurricane strength. I'll soon be trotting out my authentic British navy model, purchased at an army/navy store for less than ten bucks many years ago. 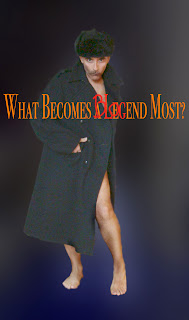 Did anyone else think "Blue Steel" when they saw that last picture?

Fun post, but now I've got the itching for one of them jeans. They would be totally appropriate for our next Xmas luncheon at work. BTW, nice legs.

Oh Anthony! If I carried my years as lightly as you do, I would consider a pair of those shiny jeans. However... I am on the other hand considering a Pea Coat. If I can find one that is equal to the winds blowing off Boston Harbor all winter.

As for cardigans, I have never been fond of them, preferring pullovers, but then I like "onesies" in long underwear. It may be about giving overly inquisitive wind less entree.

On the whole I feel like I am doing my civic duty if I keep myself decently covered comfortable and inconspicuous.

Only a monocle could complete your look in the Blogends "ad"! As for the wool straightjacket wrap at the top -- how mad cap! BTW, the rule for clothes is not age but size -- if it fits, wear it. I am a large bear so this avenue is out for me, but I recall my thin youth and the thrill of every thing in every store actually fitting! I envy your sartorial freedom!

Dear ReyD,
Thanks, and I'll wear them on "casual friday".

PS: that store is on Broadway and 19th, so you can walk to it. They have at least five different models/versions of this jean. The cut and finish and details are different on each one. You really do have to try them all on to find the one that works for you. I'm glad I had C with me to tell me which ones looked best. You might want to bring D for a good second opinion. Afterall, they are the ones who look at our butts more than we do.

Dear Evilganome,
You should always wear tops that allow for a glimpse of the ink on your well-muscled arms.

I wish now that we'd bought those hoods.
We could have started a trend of our own.

I'm not a cardigan man either. I don't layer well.

Anyone who buys real crocodile should have an equal amount of their own skin removed as a fair exchange.

I own exactly four pairs of jeans, one of which is nearing transparency. Does that mean I own more than enough?

"I've got two words for those among you who might think my acquisition is age-inappropriate."
Would those words be: spot on?

The only A&F item I ever owned was a catalogue from 1998.

I own one winter coat at at time and until the current one dissolves into individual threads, that will be the extent of my cold winter coat wardrobe.

That's the good thing about near-poverty, it makes choosing an outfit infinitely easier.

Oh Tony...
I'm certain you look at your own ass as much as C looks at it, especially now that you have those stylish new jeans.

Those jeans probably cost more than I make in a week.

Oh, and I don't think I would wear a cardigan sweater... even if it WAS made by the Pope's tailor.

Tony
Men's Vogue certainly should snatch you up to write for them.
Never have I been so enthralled by the coming trends for Fall.

And David made me guffaw with his "two words" guess.